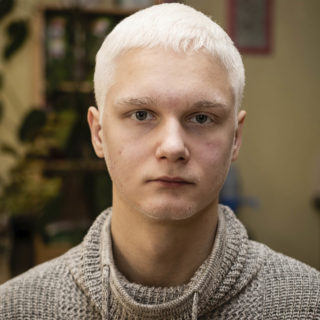 Alveolar soft part sarcoma (ASPS) is a rare, slow growing soft tissue tumor of an unclear cause. It is among the least common sarcomas, representing 0.2-1 percent of large studies of soft tissue sarcomas. ASPS is characterized by a painless mass that most commonly arises in the leg or buttock, with a particular affinity to travel to the lungs as multiple nodules, presumably while the sarcoma itself is still small. This disorder is very rare because it involves a specific breaking and joining event between two chromosomes, called an “unbalanced translocation”. This finding is observed in essentially all people with ASPS examined so far. ASPS tends to occur more often in younger individuals, specifically adolescents and young adults.

acquisition of medicaments for immunotherapy

Golubev Alexey is a good-natured, cheerful, purposeful and curious child. But one day he independently discovered a tumor in the axillary area.

“ The preliminary diagnosis – alveolar soft part sarcoma – was made as a sentence. Unfortunately, all hopes of a mistake regarding the diagnosis haven’t been confirmed. Alexey was posted to the Republican Scientific and Practical center (oncology and medical radiology).
13.09.2019 was performed the surgery to remove the tumor. Final diagnosis: alveolar soft part sarcoma, stage 4», —Natali, Aleksey’s mother shares.

At the moment Lesha is under the medical treatment  in Republican Scientific and Practical center (oncology and medical radiology) in Belarus and also he is followed up by  doctors  in Germany. Alexey has already passed 3 courses of immunotherapy thanks to colossal efforts of his relatives.

Parents of Aleksey ask all people, that are not indifferent, for a help in purchasing medicaments for immunotherapy.

Even a little help can give the boy a chance for a better future!