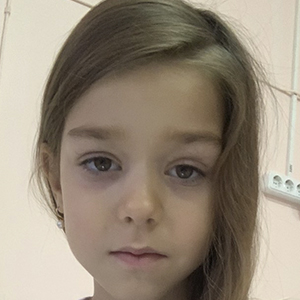 surgery and postoperative chemotherapy in a German clinic in Rostock

Koukharenko Amelia is optimistic and friendly girl. It seems the girl succeeds at everything she does – playing, learning etc. Except for one thing – struggling with nephroblastoma.

And only thanks to the ultrasound investigation doctors were able to detect a tumor. The final diagnosis: Wilms tumor (nephroblastoma). The cause of Wilms tumor is not precisely known, but it is believed to be due to genetic alterations. Many, but not all, cases of Wilms’ tumor develop from nephrogenic rests, which are fragments of tissue in or around the kidney that develop before birth and become cancerous after birth.

At the moment doctors can’t determine the stage of the tumor. This would be possible only after the operation.

In the German clinic in Rostock doctors are ready to help Amelia. Surgery (oncotomy) will be conducted upon arrival (and then also a postoperative chemotherapy). But the cost is too high: 112,334 EUR. It is impossible for the family – to collect such a large amount on a standalone basis.

“Amelia is a very active, kind and sociable child. Our daughter is interested in figure skating, swimming and cycling. Amelia loves animals, especially dogs. And in the future she dreams of becoming a veterinarian. “- Valeria, Amelia’s mother shares.

Only together we can give Amelia hope for recovery!