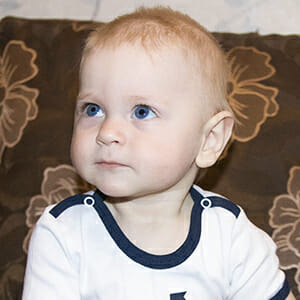 Damage of the brachial plexus is one of the most severe and prognostically unfavourable diseases of the peripheral nerves. The severity of this pathology for the patient is expressed in disability, pain syndrome, cosmetic defect and reduced social adaptation

payment for the complex of postoperative recovery procedures in MIFRM LLC, Yaroslavl

Dima Fomyuk was under UNIHELP care, and the whole country was distressed for him. Many thousands of calls, letters of people willing to find out whether everything was well with the baby. And today we can say with confidence: yes, the first operation was successful. Today, Dima is already helping her mother to tell his story and thank all those who were not indifferent, who had once responded to his misfortune. And now the baby needs postoperative restorative care at the International Institute of Functional Reconstructive Microsurgery.

The long hoped-for baby could have been born completely healthy. However, the birth was difficult. The boy survived, but his right hand was injured.

“At that time, it was not the biggest trouble. What I heard later, shocked me: “The child is dead!” says Dima’s mother. “I lost consciousness … And when I came to, I was told that he was saved and now he was in intensive care. And only the next day I was told about the hand and about the fact that it could be trained. Two weeks later we were sent to Vitebsk, where they told us something else: it was unlikely that the hand will ever move at all.”

The parents did not give up and continued to undergo rehabilitation: massage, bifaresis, acupuncture. After the examination at the Neurosurgery and Neurology National Research and Practical Centre, they said that there was a need of operation. But nobody does such operations in Belarus.

“Upon returning home, we phoned to almost all clinics in Russia, where they do such operations. And they agreed to help us at the International Institute of Functional Reconstructive Microsurgery (Yaroslavl). You need to do the surgery as soon as possible, because the baby is growing, and the bad hand remains thin and short. But, unfortunately, we do not have the necessary amount: my husband is temporarily out of work, and we have a second child, Roma, he is four years old now. We are kindly asking for your help, we simply can not cope without it …”