Deer, Zebra and Superhero Hulk, or how it is to volunteer with UNIHELP

In the last weekend of this summer in the Dreamland Park there was a festival of street food named Hedgehog’s Street. Among the numerous tents with delicious food and good music spots you could see a bright stand of UNIHELP International Charitable Public Association where everyone had the opportunity to contribute and grant hope of recovery to one little man. This time all the funds collected at the festival were forwarded to the treatment of a wonderful boy, the future hockey star Vadim Oshmyan.

Charged with positive emotions and setting an important goal to raise as much money as possible, a team of volunteers invited every visitor to the park to take part in the action and support Vadim. In a record team of 19, the volunteers presented to passers-by, during two days of the festival, the balls and flags with the “UNIHELP” symbols, distributed flyers with information about the young hockey player, and also tried to tell everyone about what the organization was doing.

You could notice among the volunteers running about in white T-shirts, bright characters who gave the most sincere smiles to the small participants in the action, to children. Fairy-tale characters – Deer, Zebra and Superhero Hulk –gave little visitors to the park not only smiles together with balls and flags, but also taught them to do good deeds.

And with what joy and sincere frolicsome laughter the children put the coins into a labyrinth with smileys! It is interesting that moms and dads explained to their kids after an amusing game with coins that it was not just entertainment and that they had just helped the little boy not to get ill. And this is so important!

Passers-by asked questions about the organization, about Vadim and his treatment in Germany, and also displayed genuine interest and the desire to take part in the UniHelp campaigns as volunteers. It was pleasant to watch from outside, like completely differently looking people, but so open hearted ones, took part in the action and asked how they can help even more, not only on this day and not only to Vadim, but also to other children.

This was how the volunteers of the UNIHELP charity organization, with open hearts and sincere smiles, created for two days a good and positive mood in passers-by, but also, united by one important goal and mission, they called everyone around them to help and not remain indifferent to someone else’s trouble. After all, as we know, people are able to render help, and we have once again convinced ourselves of this without any doubt!

We express gratitude to all those who took part and gave a piece of hope for recovery to Vadim. New achievements and victories are waiting for us ahead! And if we all help together, the young hockey player will very soon be able to show us new records and declare himself as loud as possible!

We wish you an enjoyable festive season! 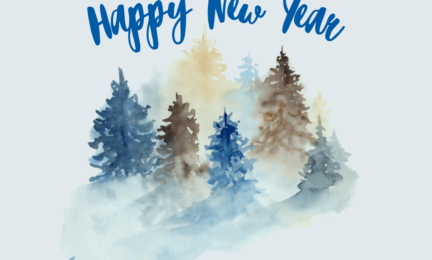 Our Unihelp team wishes you a merry Christmas and a happy New Year!

We thank all of you who has helped the children we take care of and who has offered them a hope of a healthy and complete life!